Simon Le Boggit is a multimedia artist living and working in Lincolnshire, UK. Focussing on the distillation of “meaning” from chaos, his recent works have resulted in the creation of abstract or skewed imagery, mesmeric videos, evocative textured walls of sound, and the generation of chaotic (though emotional) algorithmic musical compositions where any melody, harmony and syncopation is a product of chance and the human compulsion to identify patterns.

STRING THEORY by Simon Le Boggit
Abstract CGI animated video, with algorithmically generated visuals and music mesmerizingly entangled in ways which can sometimes make chaos and repetition seem to be alive and intentional.

The video premiered in competition during immersphere fulldome festival at Brasilia Plantarium, Brazil, in December 2021. It went on to show in competition inside the large Satosphere dome theatre at SATfest 2022 in Montreal, Canada, with the immersive experience further enhanced by surround-sound. Smaller scale incarnations of the same video have also featured at Spilsby Light Night in Spilsby UK, and the Abstract group exhibition at Surface Gallery in Nottingham UK. 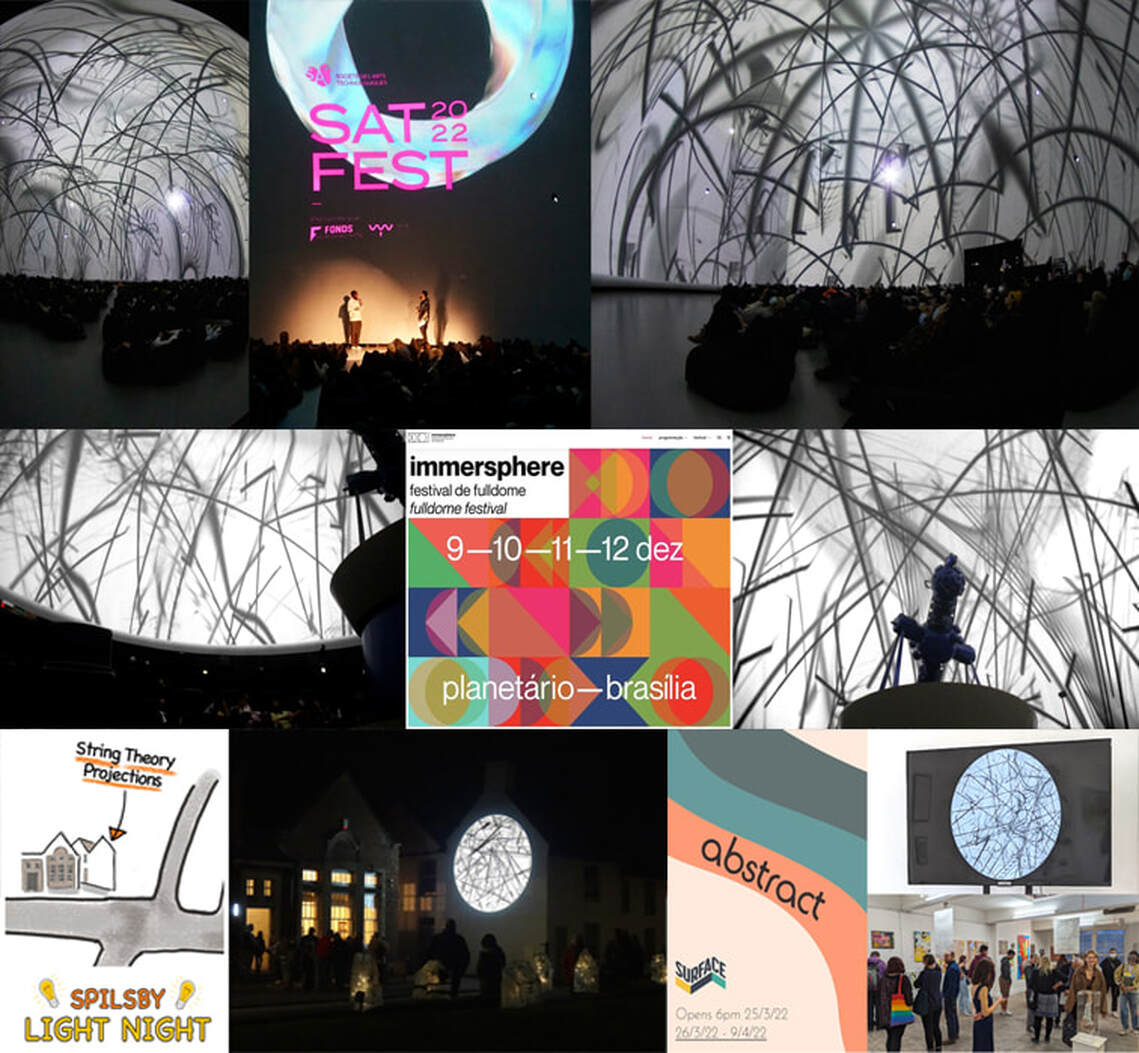 EVEN GIANTS HAVE TO BEND by Simon Le Boggit
​A “found moment” video gazing upwards at windswept treetops, shot during the first COVID-19 lockdown. The video was projected onto a large curved screen covering the wooden beamed vaulted ceiling at Fabrica artspace (a repurposed church building), accompanied by quad surround-sound spreading the shifting rustle of restless leaves turbulently swishing above the heads of the audience. 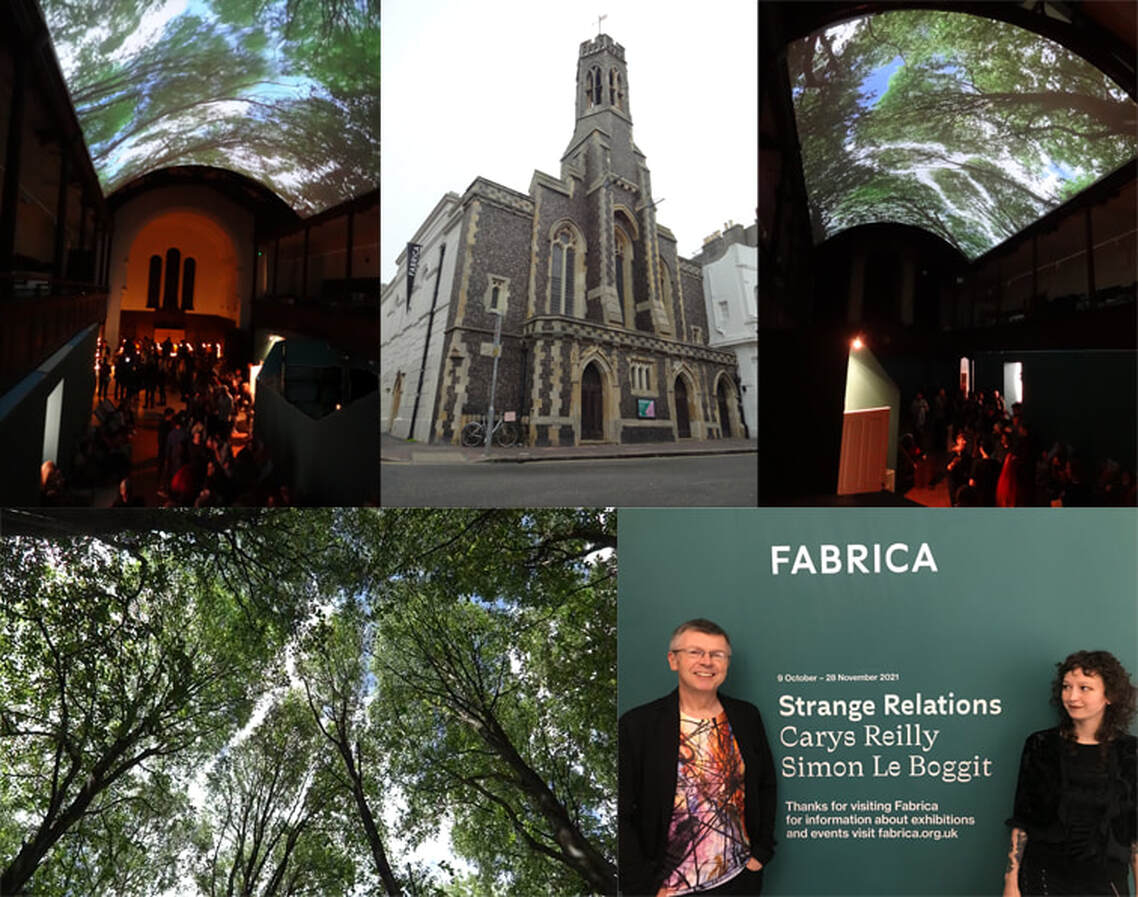 SERMON UNDER AN EMPTY MOON by Simon Le Boggit
​Simon Le Boggit reciting a couple of his poems - beneath Luke Jerram’s large inflated Museum Of The Moon art installation - inside the vast echoey void of Grimsby Minster, UK, on 20th November 2021. 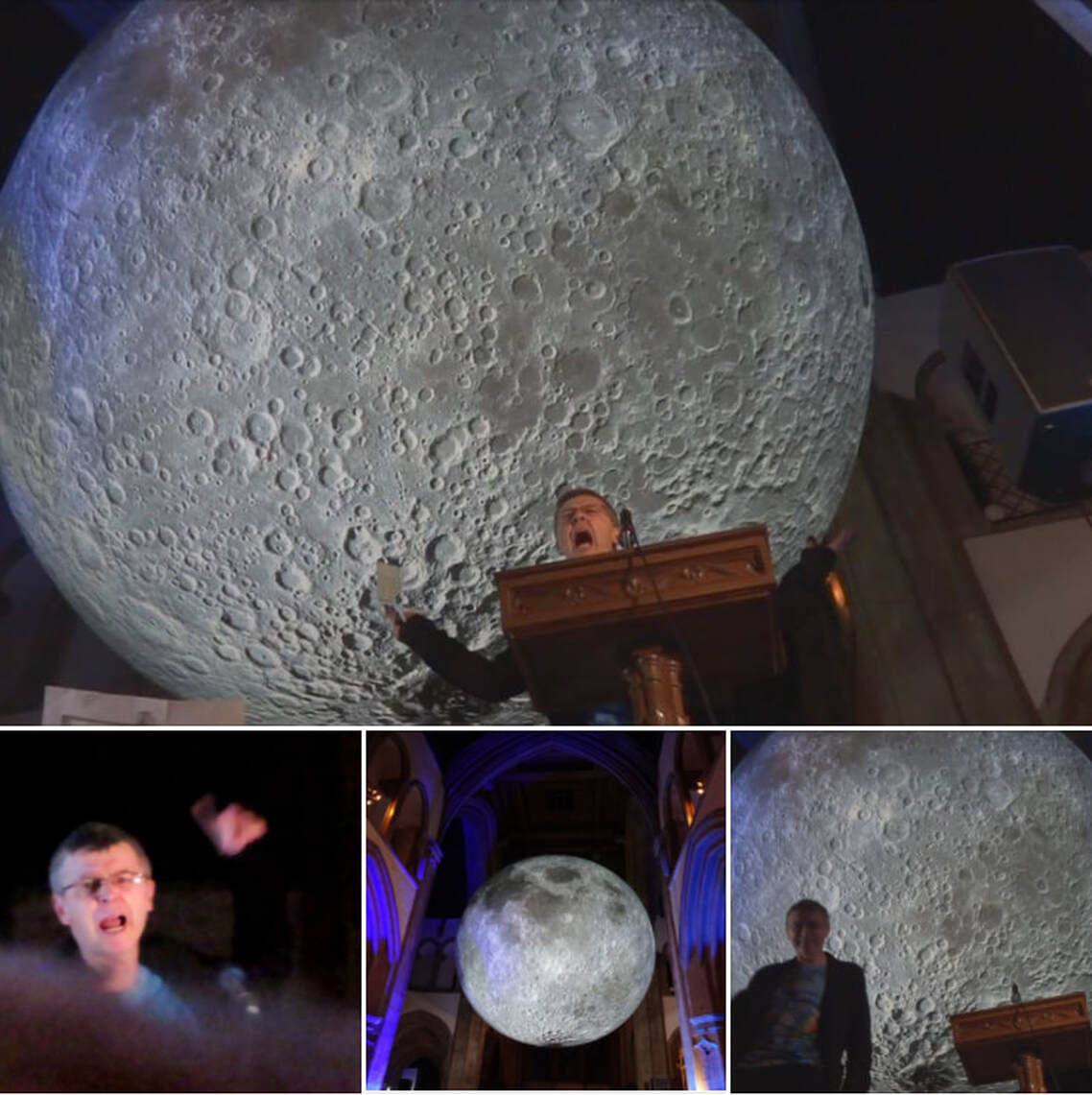 ISOLATED CLOUDS of Stale Dried Milk in my Coffee by Simon Le Boggit
A spontaneous video made during the early days of COVID-19 lockdown in April 2020, as Simon explains: “When I ran out of milk (none in the shops) I had to resort to a tin of stale dried milk – instead of dissolving properly into my coffee, it formed slowly billowing clouds which drew me into them, kind of locking into the mindless gaziness that has been familiar to me during lockdown. I think it’s a good representation of how I’ve sometimes been feeling inside during these weird times.”

ISOLATED CLOUDS of Stale Dried Milk in my Coffee from Simon Le Boggit on Vimeo. 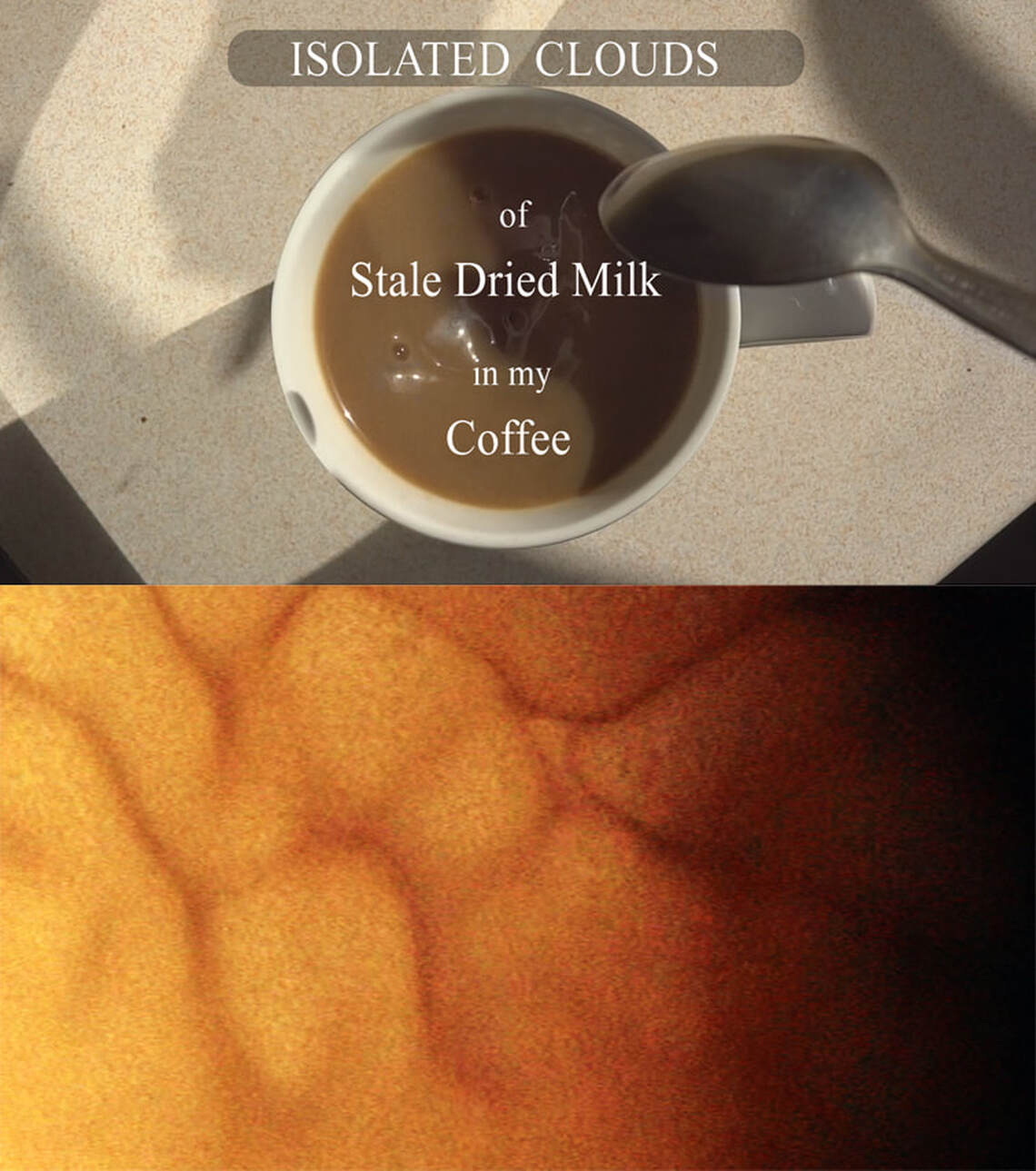 ​QUANTUM SOUP by Simon Le Boggit
Algorithmically generated CGI video animation and orchestral music, showing on the vast 15 storey façade of the Yeltsin Cultural Centre, above a sparse scattering of human silhouettes on the eve of COVID-19 lockdown. 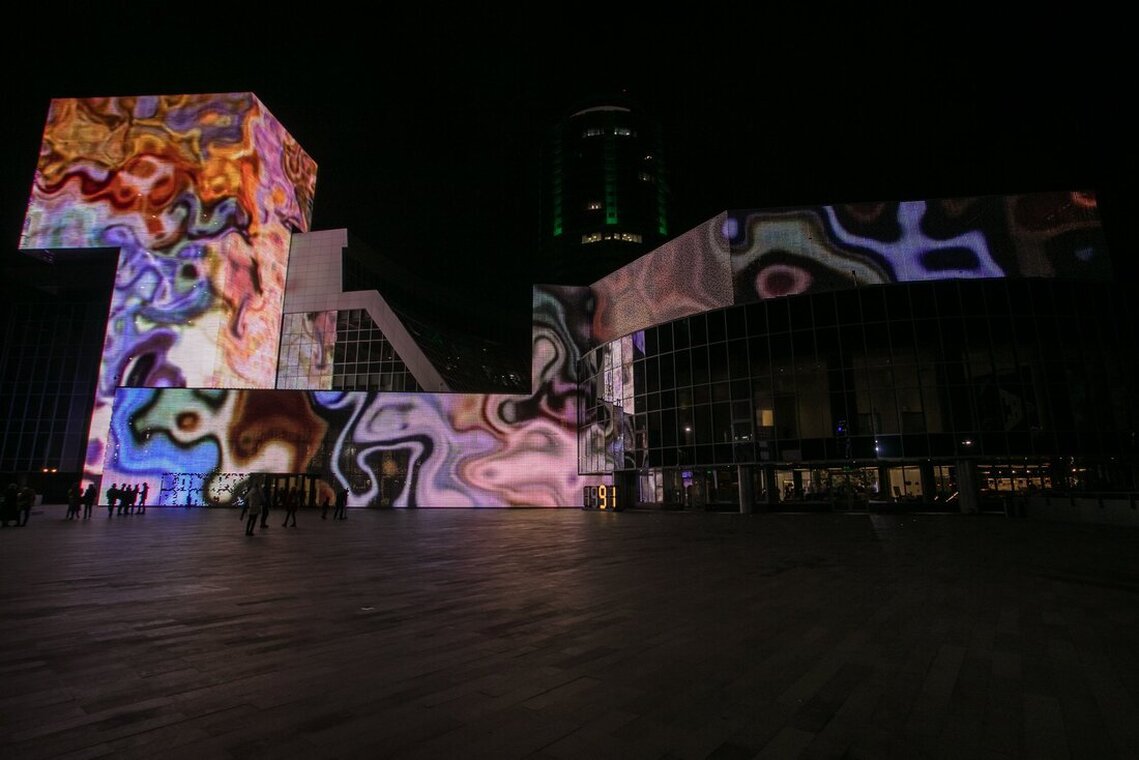 NameQuake by Simon Le Boggit (+ Ai Weiwei)
In the aftermath of the 2008 Sichuan earthquake, Chinese artist Ai Weiwei made a 3+ hour recording emphatically reading aloud the names of 5,196 children and young people crushed to death inside collapsing school buildings of questionable construction quality.

Simon Le Boggit created NameQuake by chopping up Ai Weiwei's recording into two-minute sections (the duration of the earthquake) and then playing them all simultaneously, so that the names of those young victims are heard spoken at the same rate that they died.
Extraordinary Renditions • NameQuake by Simon Le Boggit + Ai Weiwei
Cubefest 2019 at Virginia Tech, Blacksburg, USA, 2019 - heard via the 24 loudspeaker “Studio” 3D surround-sound array.

Where Is Your Humanity? group exhibition at 44AD Artspace, Bath, UK, 2016 - heard via headphones.

INSIDE THE BELL TOWER by Simon Le Boggit
Algorithmically composed 3D surround-sound music for multiple bells and chimes – effectively creating a gigantic virtual bell with the audience listening inside it. The various sounds were spread across an array of 146 loudspeakers inside the four storey high Cube black-box theatre. The music itself was created algorithmically, with massed ranks of random number generators determining the pitch and timing of each note / chime.

INSIDE THE BELL TOWER at Cubefest 2019 from Simon Le Boggit on Vimeo. 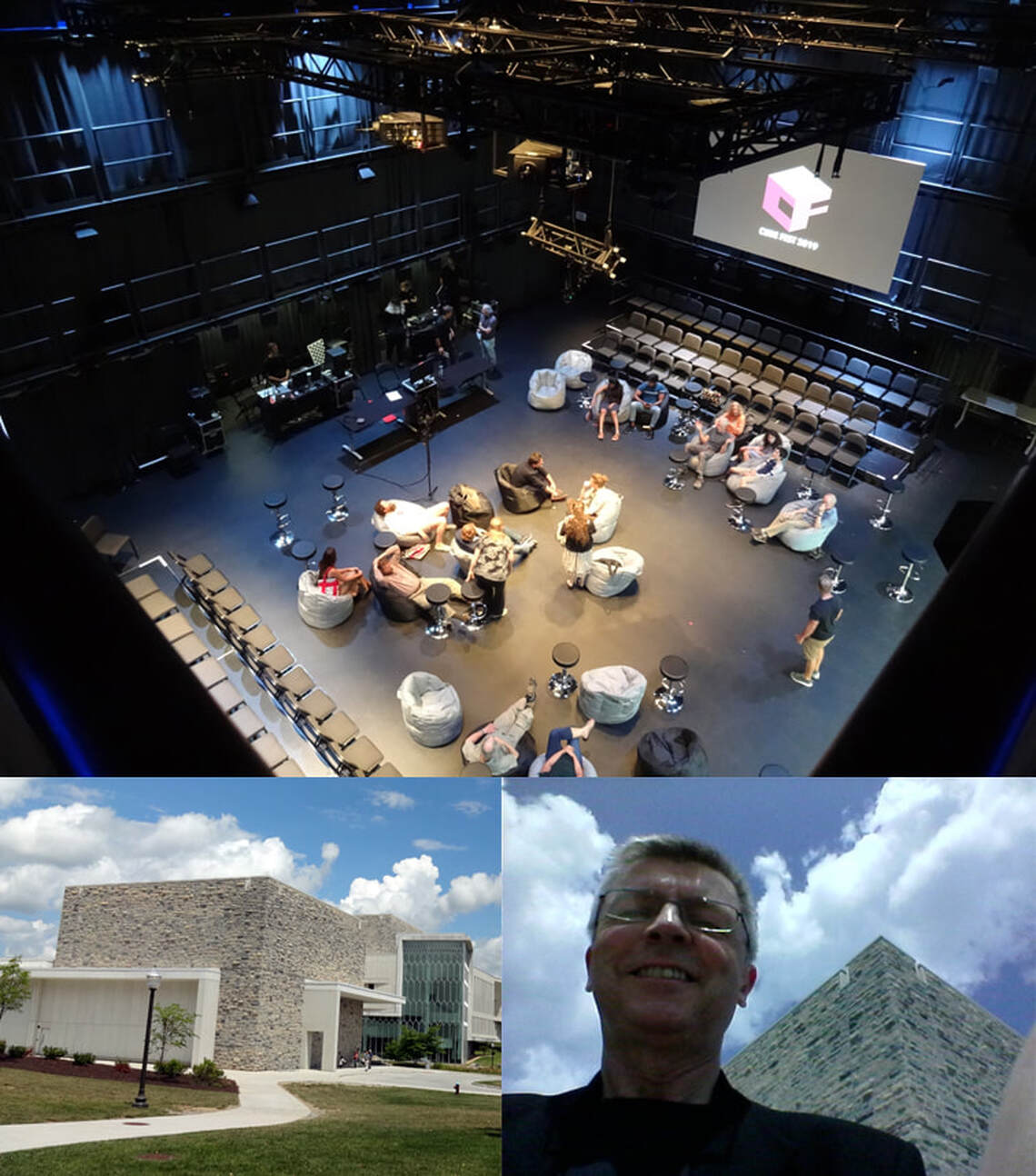 ​DILATION by Simon Le Boggit
Algorithmically generated CGI animation and music, projected onto the façade of Salamanca Town Hall, Spain. Everything seen and heard is randomly created from pure chaos and repetition. Both vision and sound are the product of Simon Le Boggit’s desire to illustrate how complex forms and patterns may spontaneously emerge by chance, out of nothingness! 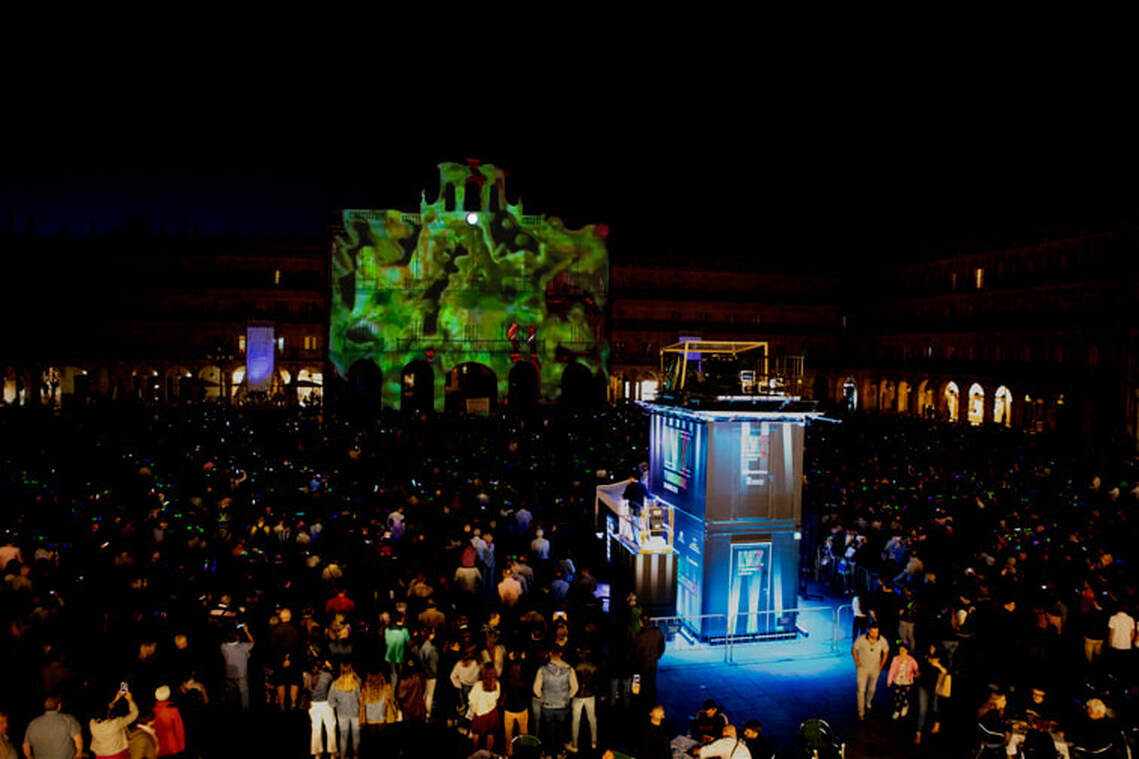 DISLOCATION by Simon Le Boggit
Simon Le Boggit’s musical response after reading the powerful award winning book No Friend But The Mountains by writer / refugee / detainee Behrouz Boochani. Its running time of 2101 seconds (35 minutes) symbolises Behrouz’s 2101 days (six years) of imprisonment on Manus Island, Papua New Guinea, with each passing second representing an entire day of incarceration. The strange choir has been created by electronically stretching and contorting sound samples of Behrouz’s own voice, recorded inside Manus Prison while he sang a love song.

Dislocation received its public premiere on 24th April 2019, during There’s No Place Like Home – a three day event held at Mansions Of The Future, Lincoln, UK - to promote understanding of the plight of refugees. 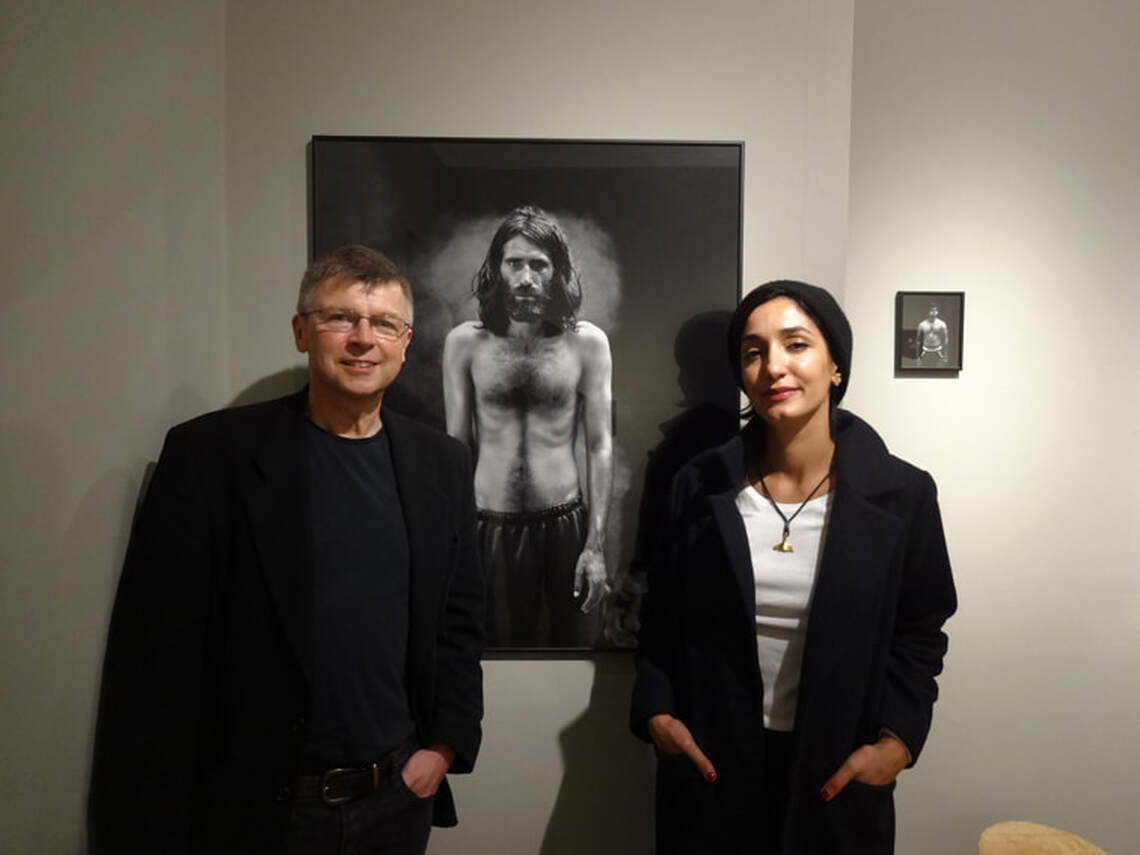 Simon Le Boggit (composer) with Behrouz Boochani (author / refugee / detainee) and Hoda Afshar (photographer / videomaker) - three artists attempting to shed light on the plight of demonised and tortured asylum seekers.
​KIDNEY STONE HENGE (A MONUMENT TO TRUTH) by Simon Le Boggit
micro-sculpture made from Simon Le Boggit's own kidney stones, harvested during several years of ultrasound Shock Wave Lithotripsy sessions. It is intended as a monument to the dedication, diligence and humane understanding shown by the caring staff of the UK's incredible National Health Service, and also a stark reminder of the delicate nature of our “normality”, our health and mortality…

Part of the Visions of Science Art Prize Exhibition, Andrew Brownsword Gallery, The Edge, University of Bath, UK in September-October 2018. 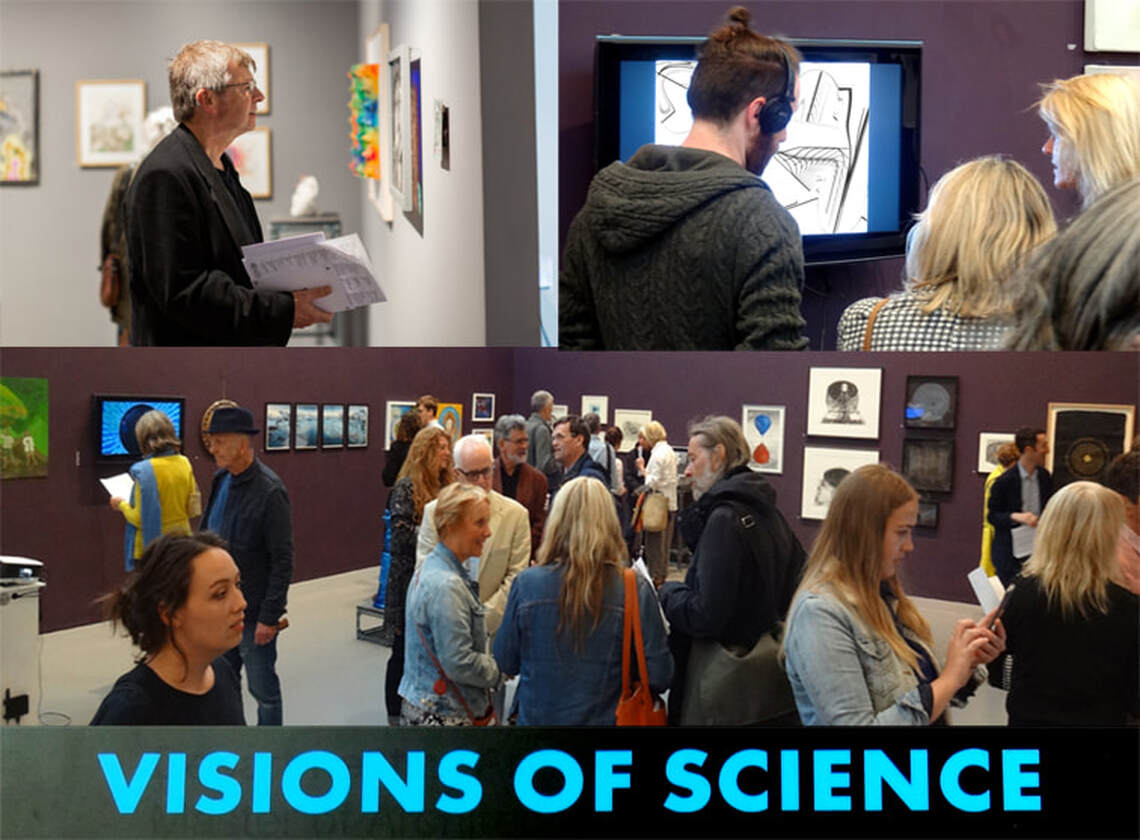 QUANTUM RED-SHIFT by Simon Le Boggit
Quantum Red-Shift mimics the chaotic creation and cooling of energy in the universe, with particles of matter (quanta) condensing out from pure energy in its ever expanding / stretching space (red-shift). The acoustic parallel is drawn by high energy chaotic white noise being relentlessly slowed, allowing quantisation artefacts to manifest amongst an ever deepening drone. Unusually this piece of sonic art does not seek to emphasise spatialisation. Instead, all sound is generated in dry mono, thus allowing the edgy texture of sonic singularities to have their own specific and untainted moment.

Part of the Visions of Science Art Prize Exhibition, Andrew Brownsword Gallery, The Edge, University of Bath, UK in September-October 2018.

An audio-only version of Quantum Red-Shift was one of 20 sonic artworks in the group installation The Space of Red at the National Centre for Contemporary Art (NCCA) in Moscow, Russia, June-July 2017, which was devoted to the sound representation of the colour red. 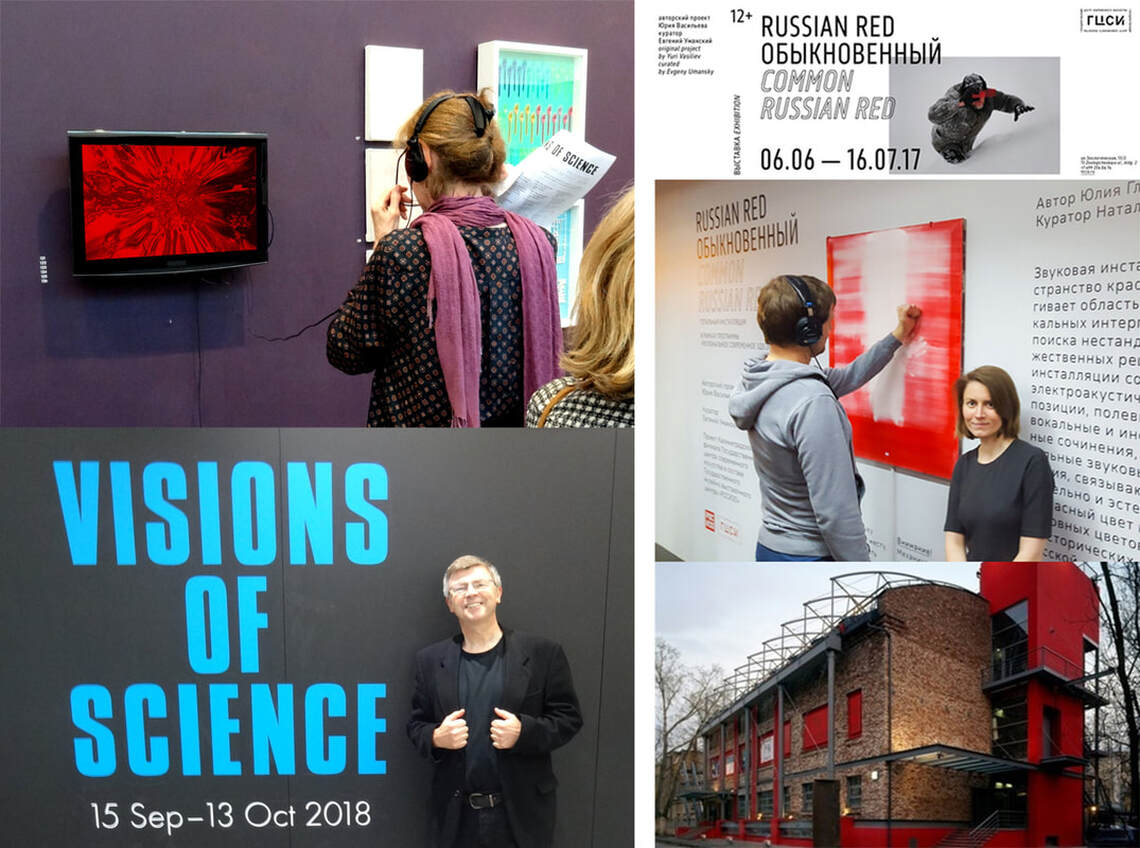 AT PEACE WITH THINGS PAST by Simon Le Boggit
This video is the chance matching of similar contemplative moods generated by sound and vision.

The music is an algorithmically generated composition for string orchestra, which has been matched with a video of billowing clouds shot through the window of an airliner at the beginning of a journey home.

AT PEACE WITH THINGS PAST from Simon Le Boggit on Vimeo. 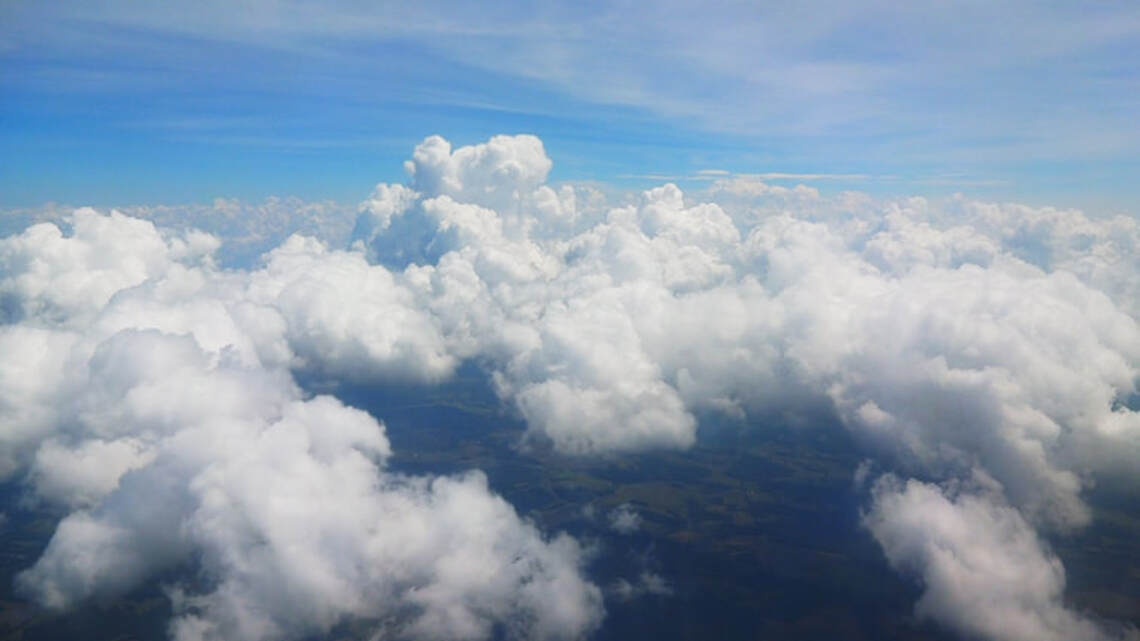 EYE OF THE BEHOLDER by Simon Le Boggit 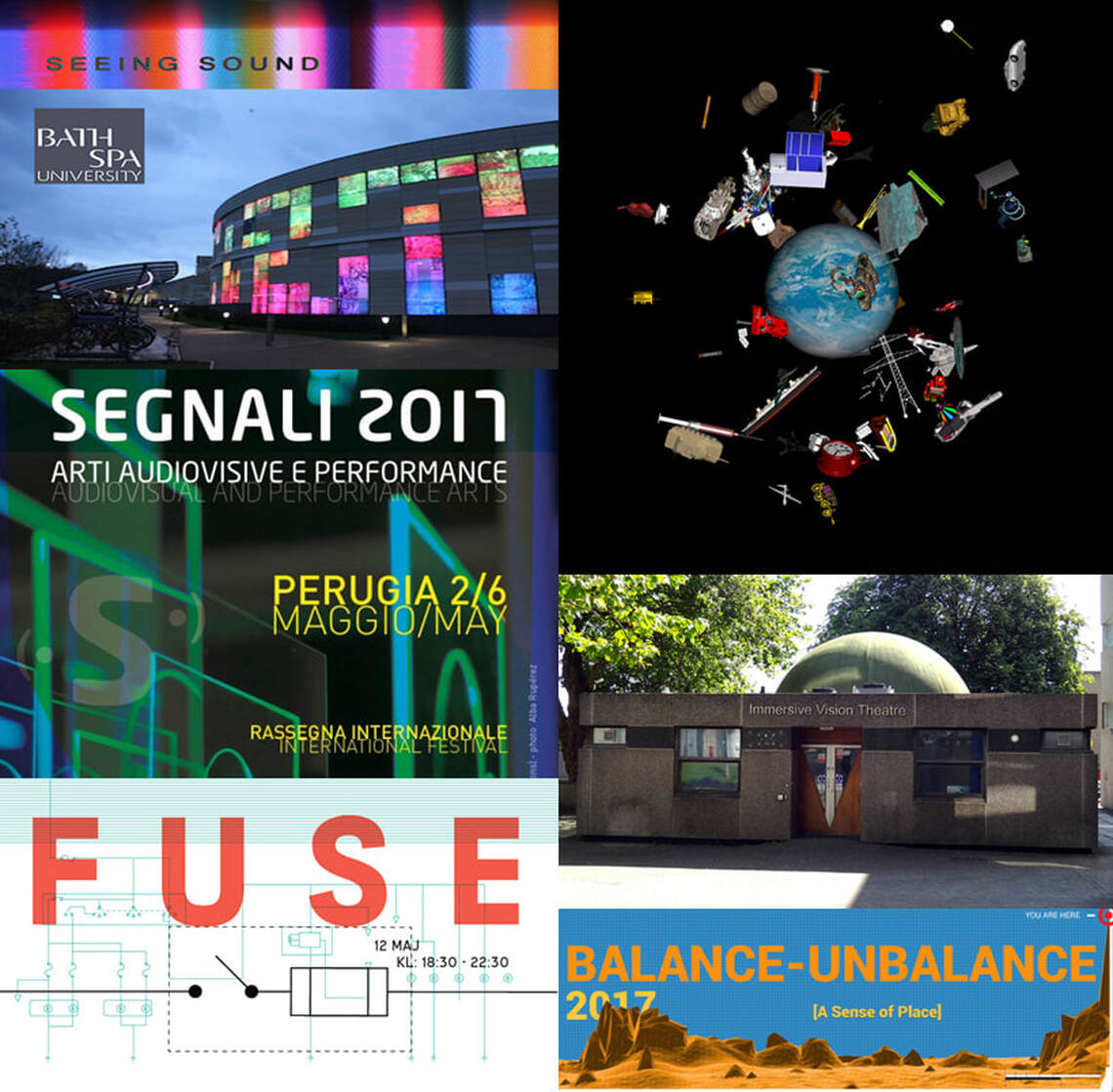 SOUNDFALL by Simon Le Boggit
Acousmatic artwork creating a sonic waterfall on the 22 loudspeaker Sound Wall array at The Collection in Lincoln, UK, 2018 - accompanying the exhibition From The Land: Henry Moore, Ewan Henderson and other artists. 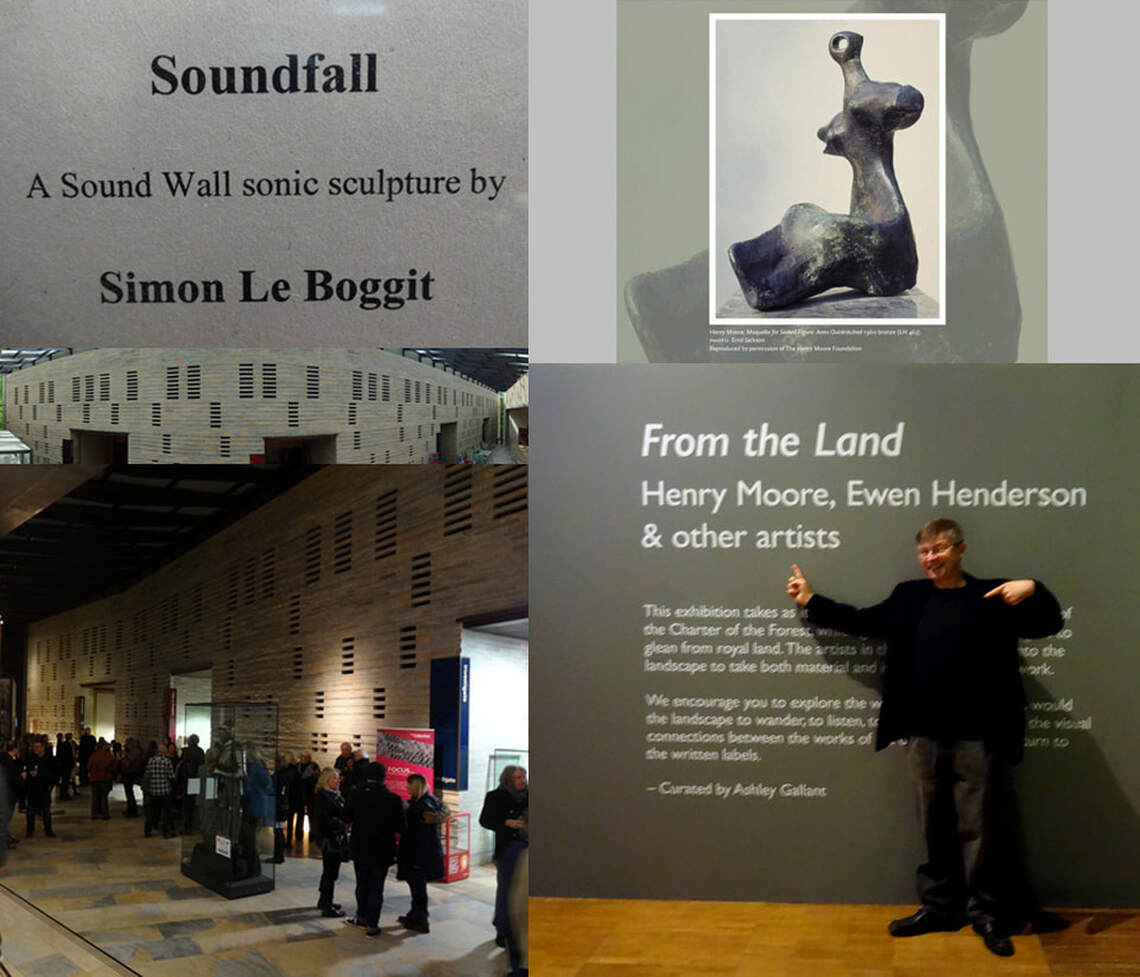 ECTOSPASM by Simon Le Boggit
Electronically manipulated sonic art piece derived from the sound of a saucepan of water being struck by a wooden spoon.

By creating an atmospheric wash of restless sound across the building’s vaulted ceiling, this acousmatic sonic artwork set the mood for the Movement group exhibition at Left Bank Leeds, UK, 2017. 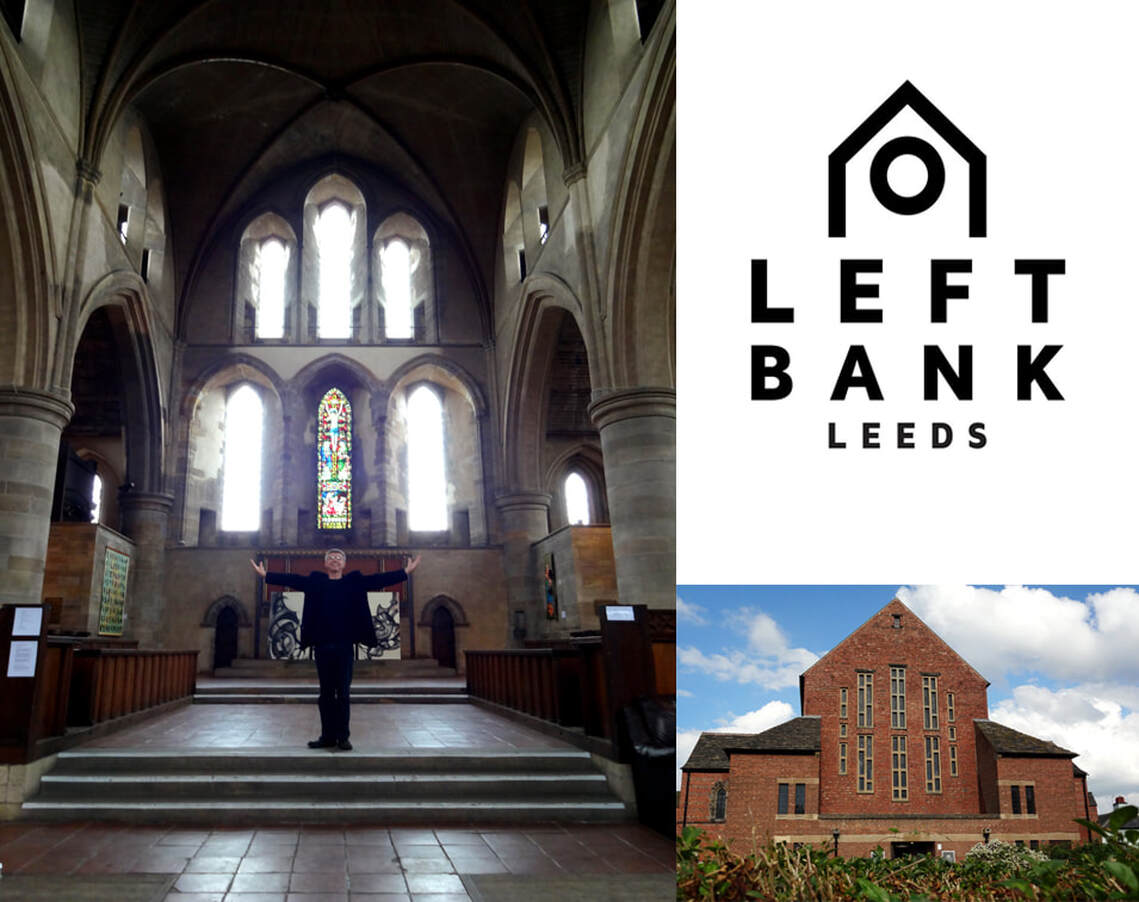 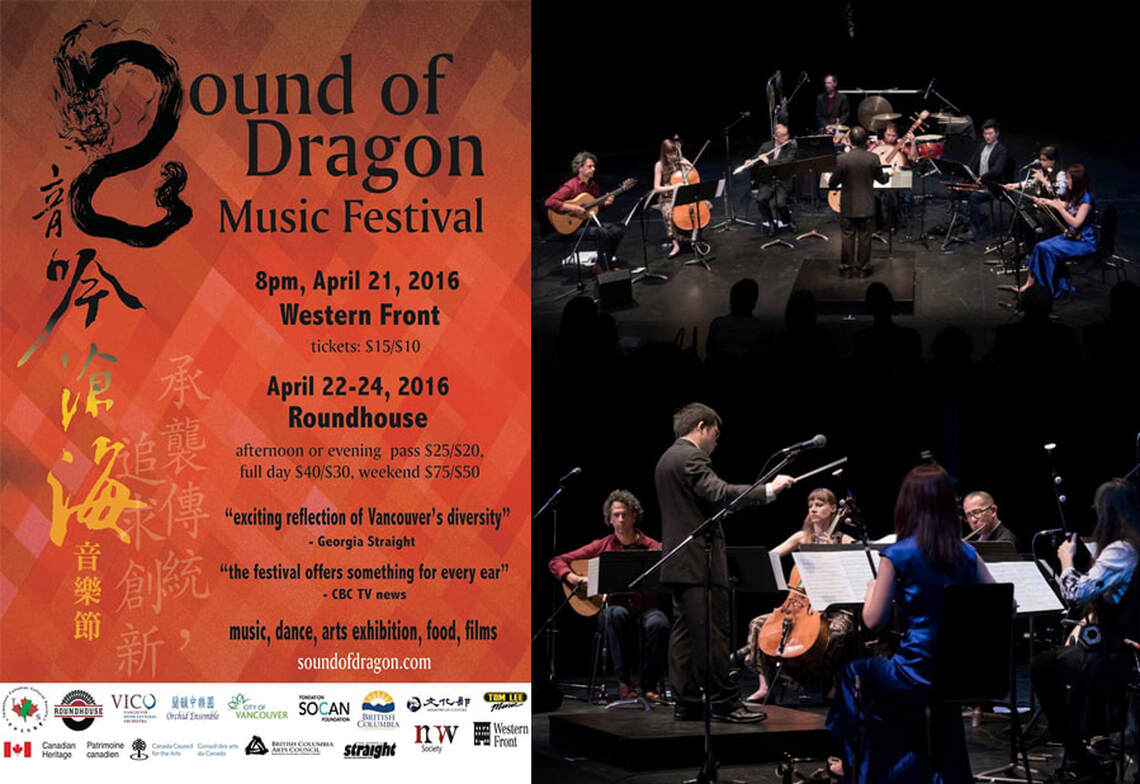 UTOPIATE by Simon Le Boggit
Six variations of choral music, all generated / grown from the same algorithmic seed. The music has been spontaneously generated by banks of random number generators feeding into a matrix of simple statistical equations. Each primary “quantum” note is generated in isolation and then subjected to repetition and mutation. All musical activity within the piece is non-sentient. Any emergent melody, harmony and syncopation in these compositions are a product of chance, and the human brain’s compulsion to identify patterns. 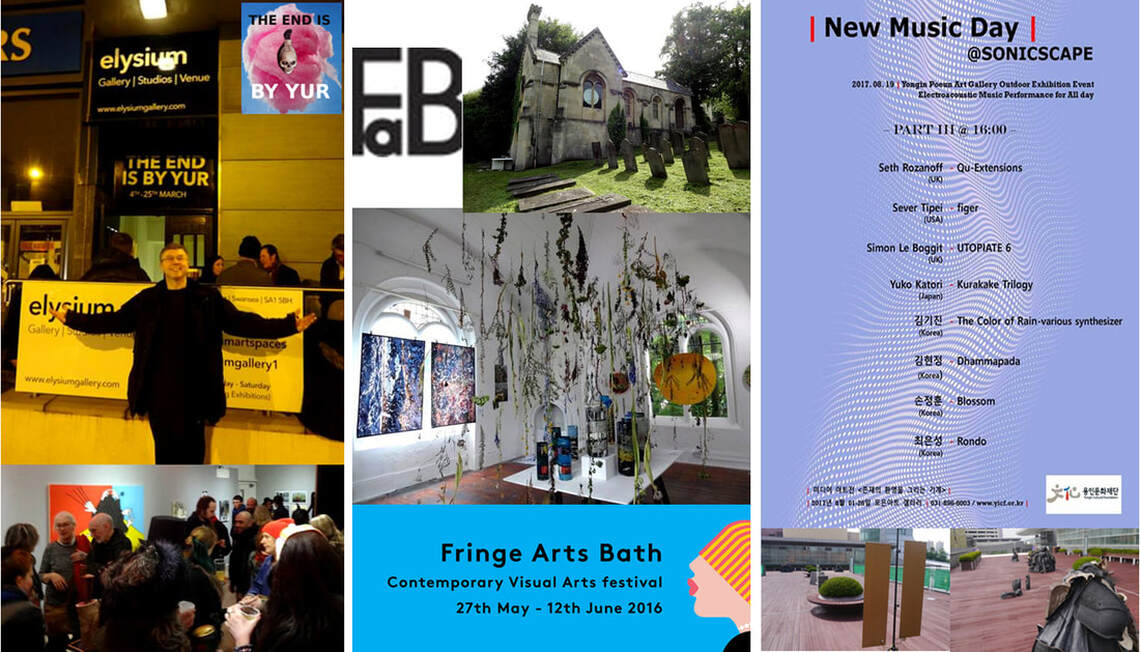 HELLO GOODBYE by Simon Le Boggit
A short video in which Simon Le Boggit inadvertently finds himself at the top of a ladder at the centre of a swirling swarm of bees. 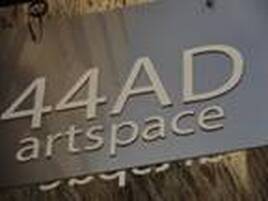 DAWN CHORUS PERCEPTION by Simon Le Boggit
An hour in length, this is an electronically manipulated field recording of English birdsong at sunrise.

Multiple layers of that recording are heard simultaneously played back at lower and lower speeds, offering some insight into how smaller animals and birds with higher metabolic rates may perhaps perceive the world around them.

Part of the Timeframe group exhibition during Fringe Arts Bath, UK, May / June 2016.

Here is an abridged 20 min version: 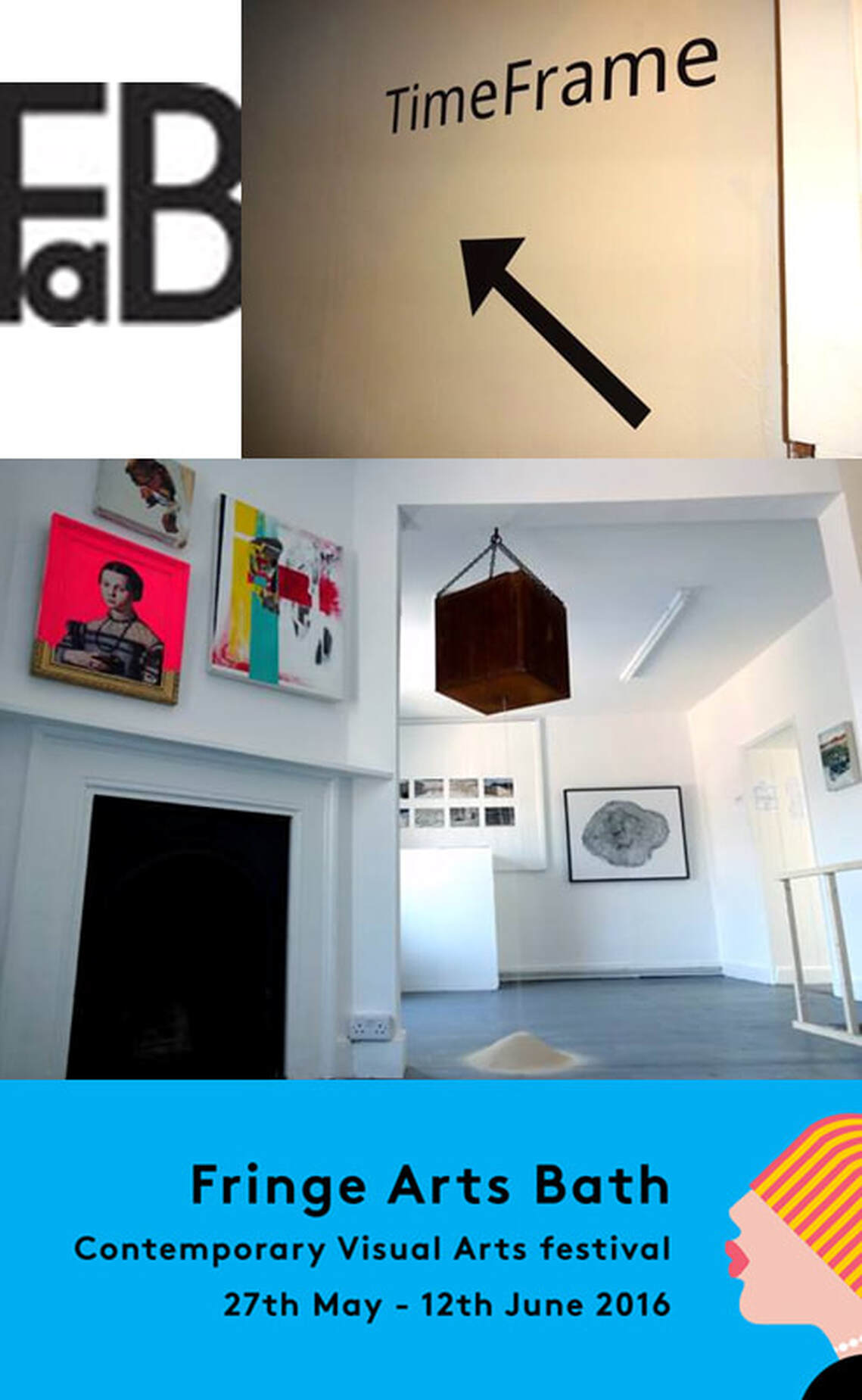 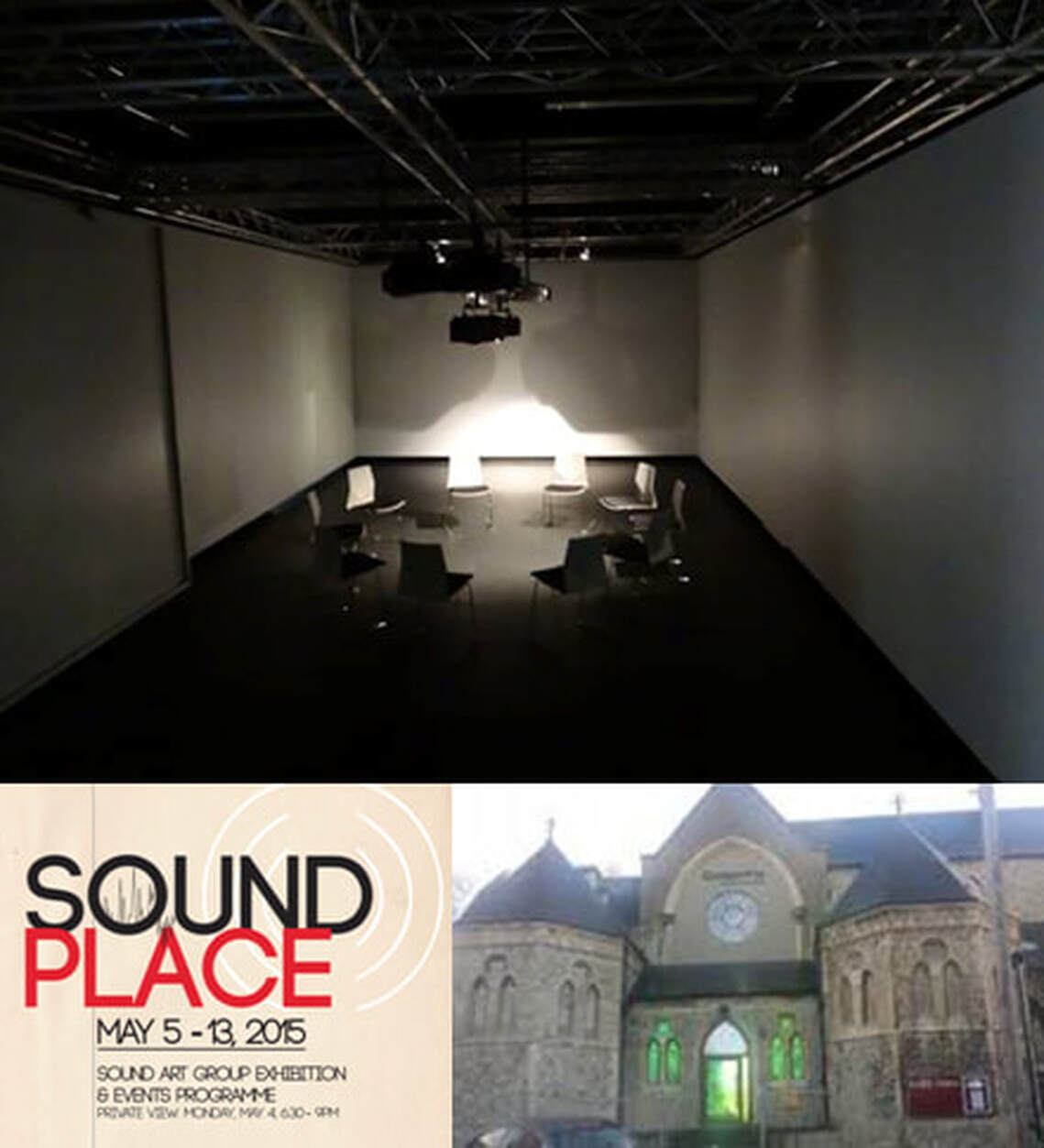 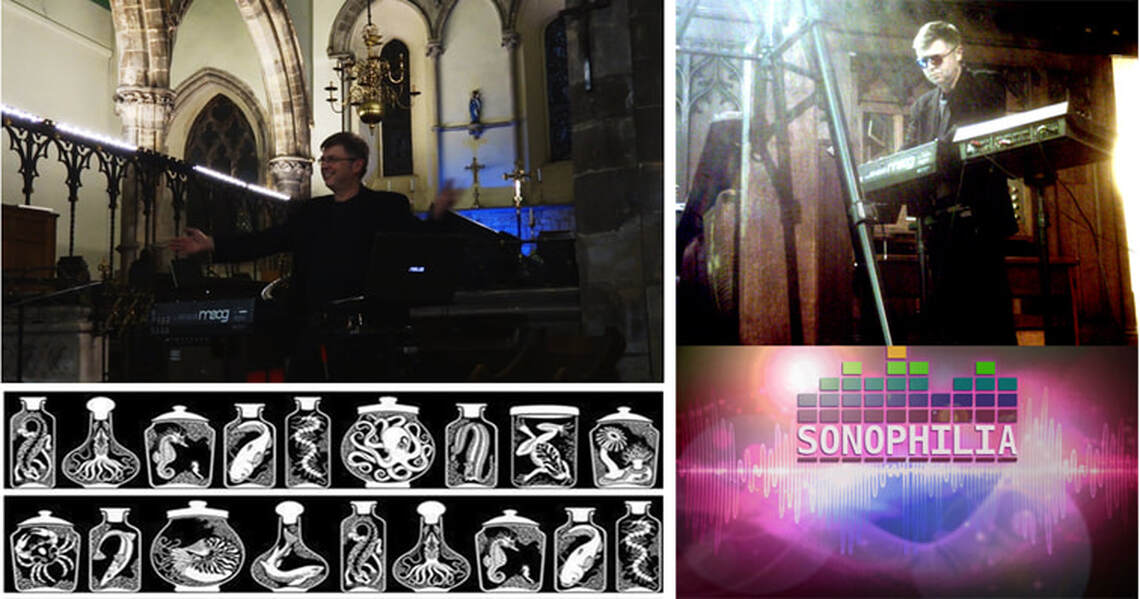 SQUALLY WIND CARESSES GLISTENING SEA by Simon Le Boggit
First “reading” of this algorithmically generated score, performed by members of the Sound of Dragon Ensemble in Vancouver, with their Taiwanese guests from the Little Giant Chinese Concert Orchestra.

As the group played through the piece, they paused to improve various sections, and then continued. This recording has been created by stitching together the best bits. The piece was composed algorithmically, with every note spontaneously generated by banks of random number generators feeding into arrays of simple independent statistical equations. 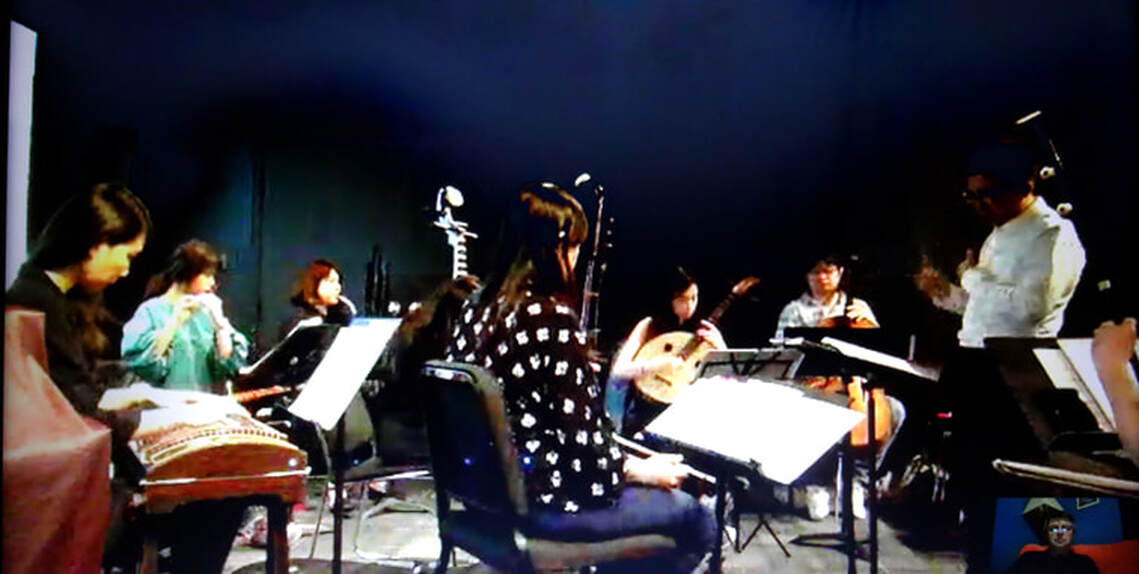 SWARM by Simon Le Boggit
Audio-visual exploration of how the mind invents connections based on mood, by revealing some sense of order within the apparent chaos of swarming bees experienced in the context of algorithmically composed music based on chaos and repetition. 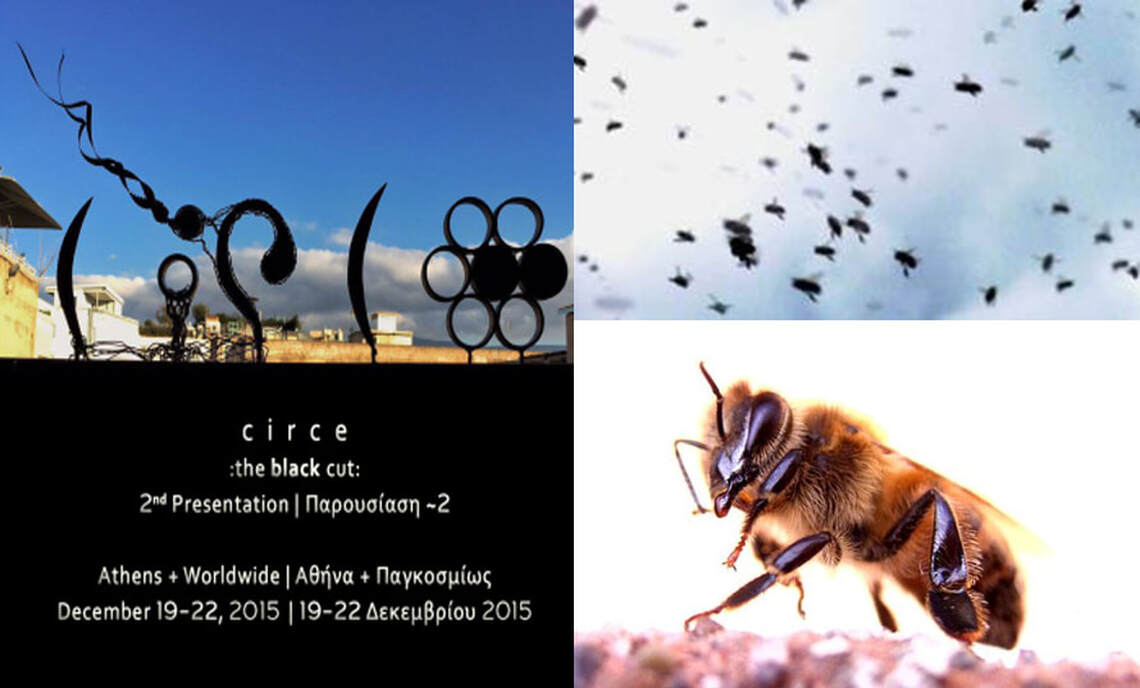 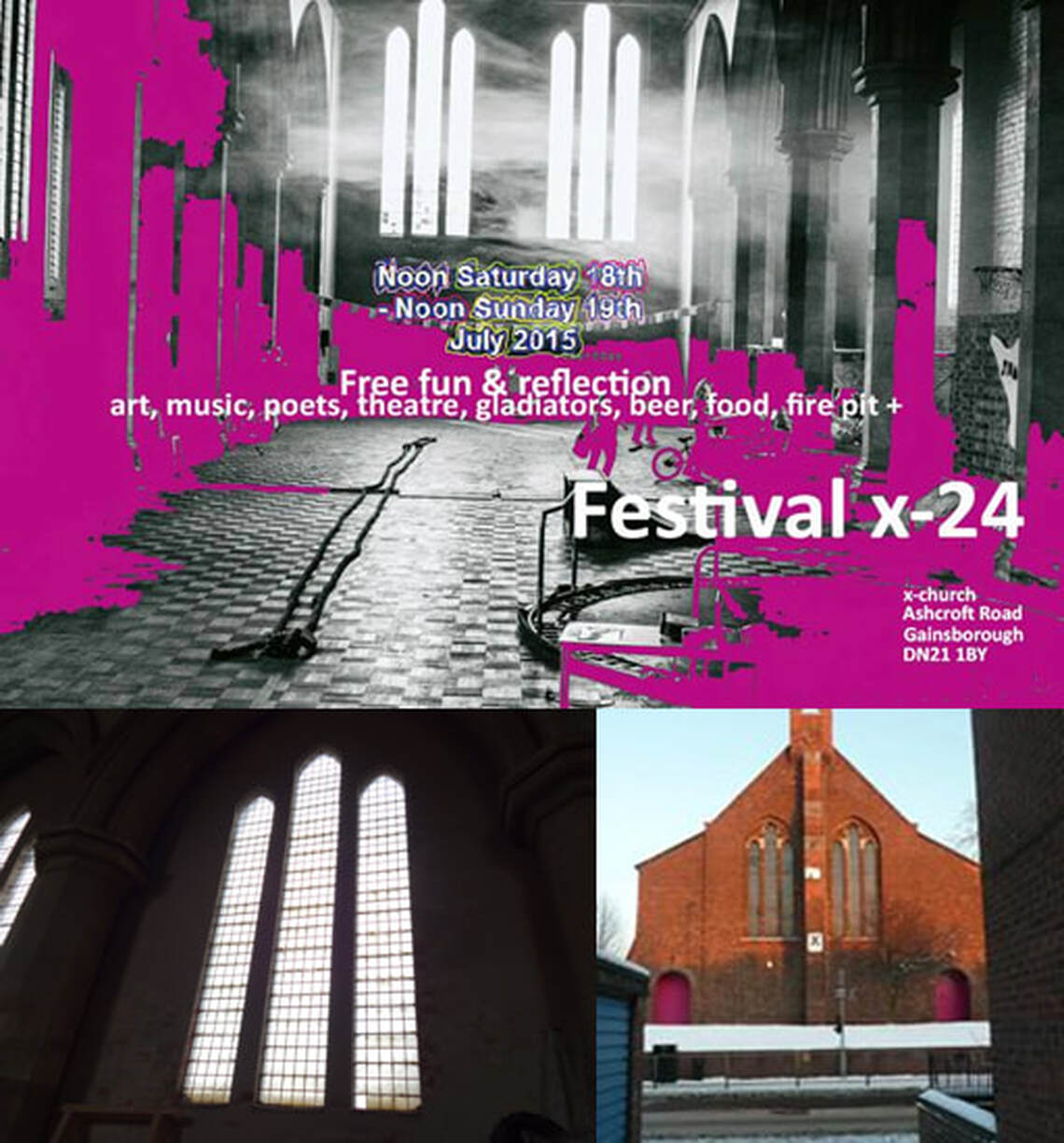 Part of the group exhibition Heaven Is A Place Where Nothing Ever Happens, at Pi Artworks gallery, London, UK, 2015. 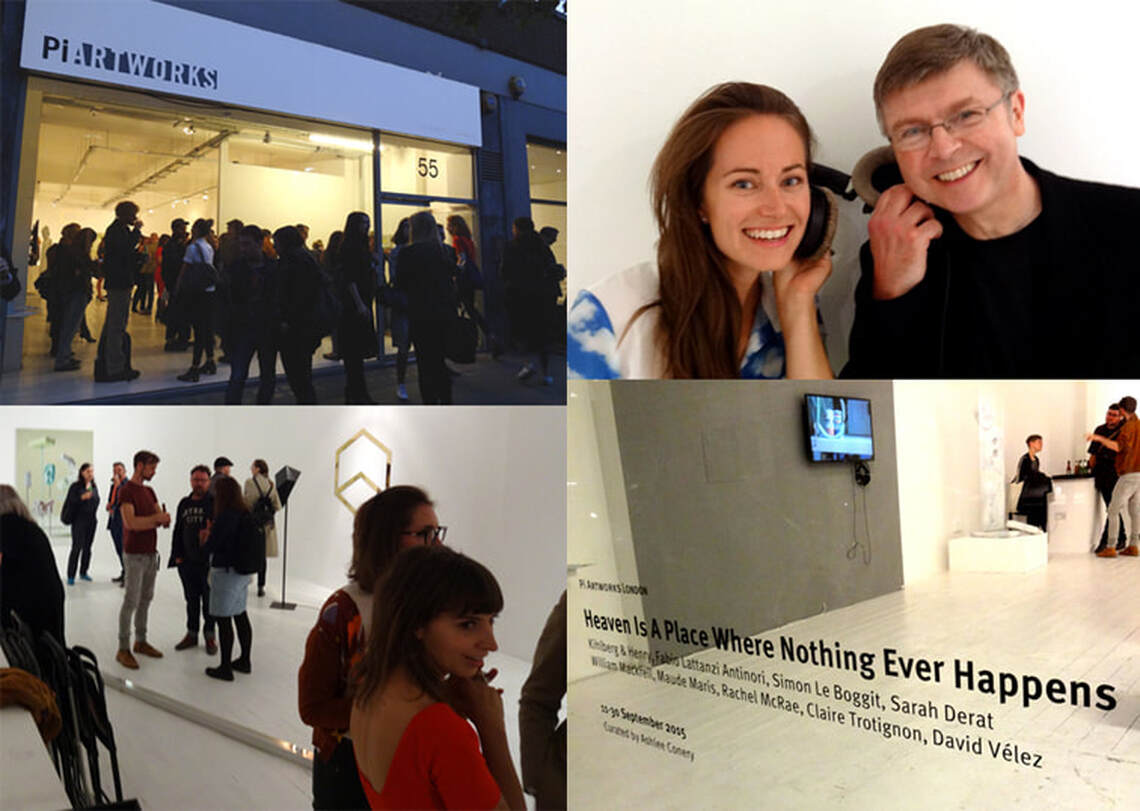 THEREFORE by Simon Le Boggit
This audio-poem is “perpetual” in the sense that it organically mutates and regenerates itself from a “stanzacloud” of verse.

Simon explains: “I originally wrote the static poem THEREFORE back in the 1980’s. I was suffering from a very painful mystery disease, which was later diagnosed as a form of spinal arthritis. The poem was my rather futile effort to express the mind-altering state that can arise from relentless pain, fatigue and uncertainty. Although I was happy enough with the resulting poem, I did feel that there was more to say… but finding a way to express it seemed like an impossible task.
More recently, modern advances in computer technology have allowed me to revisit THEREFORE, and use it as the nucleus for a broader piece of audio work. Each whispered line of the poem is relentlessly shifting in relation to every other line, so the poem is endlessly renewing itself. With each phrase expressed in a variety of new contexts, this is as close as I’ve got to being able to express a state of mind where physical and psychological suffering shifts the goalposts so randomly and rapidly that you don’t know what you are – let alone who you are, where you are, or where you are going…”

Simon feels that the toilet is a particularly apt location for THEREFORE to be heard because going to the loo is the one time and place in humdrum daily life where none of us can escape the fact that, ultimately, we are slaves to our own biology. 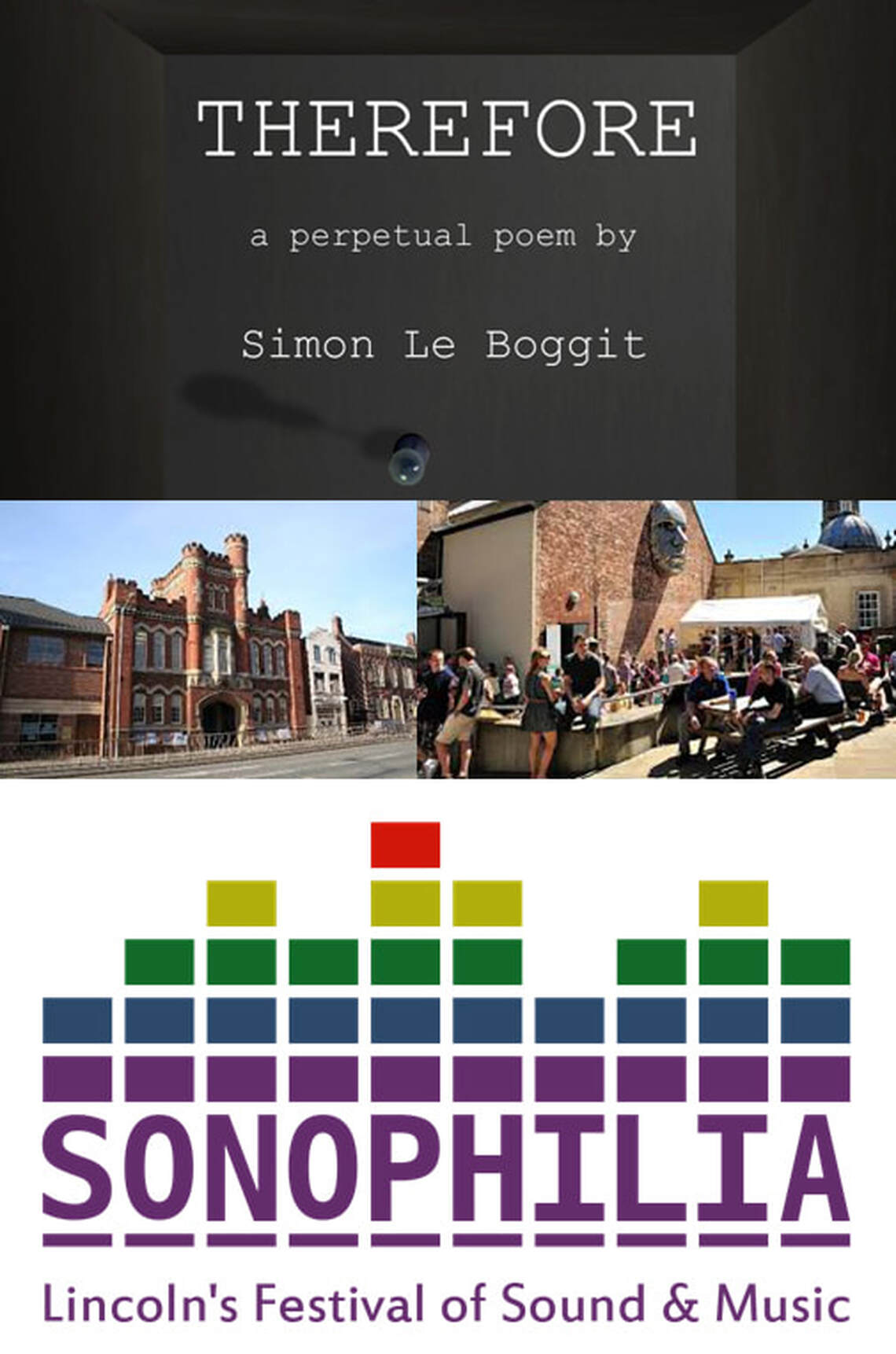